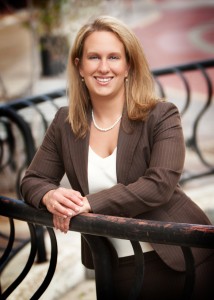 Attorney Katherine Worman represents families in dissolution/divorce, paternity, child custody modification, child support modifications, guardianships, and adoption matters.  She serves as a guardian ad litem in a variety of family law matters representing the best interests of the children she is appointed to represent.  Katie is also a registered family law mediator helping families to resolve legal disputes outside of the courtroom.  Additionally, she represents individuals with appeals before the Indiana Court of Appeals and Indiana Supreme Court related to family law matters.

Katherine Worman was recognized as a “Rising Star” among Indiana young attorneys in the 2014, 2015, 2016 and 2017 publications of the Indiana Super Lawyers magazine. She was named an “Up and Coming Lawyer” by the Indiana Lawyer in its 2011 edition of Leadership in Law Awards for her excellence both inside and outside the courtroom. She has also a member of the Evansville Courier and Press and EBJ’s 20 Under 40, Class of 2014.  Katie is very active in the legal community as well as the Evansville Community at large.  She also previously served as an Adjunct Professor at Ivy Tech University’s Evansville Campus teaching Medical Law and Ethics and Business Law.

In her free time, Katie enjoys running, gardening, cooking, hiking, and traveling to the National Parks with her husband John.